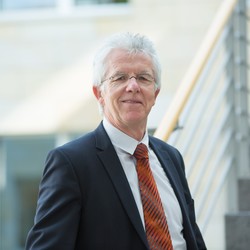 Prof. Dr. Thomas Straubhaar is Professor of Economics at the University of Hamburg, and chairs the department of international economic relations. From 2010 to 2017 he was a (non-resident) fellow of the Transatlantic Academy in Washington, D.C. He was a Theodor Heuss Visiting Professor at ITAM and UNAM in Mexico City in the Summer Terms 2015 und 2016.

Thomas Straubhaar studied economics at the University of Bern where he received his Dr. rer. pol. degree in 1983 and completed his habilitation in 1987, after a research period as postdoctoral fellow at the University of California in Berkeley from 1985 to 1986. He was a Visiting Professor at the universities of Bern, Constance, Basel and Freiburg i.Br. and Professor for Economics at the Helmut-Schmidt-University (HSU), Hamburg. He was President of the Hamburg Archive of International Economics (HWWA) and thereafter Head of the Hamburg Institute of International Economics (HWWI) from 1999 to 2014.

Prof. Dr. Thomas Straubhaar and many more register for the Procurement Summit now!