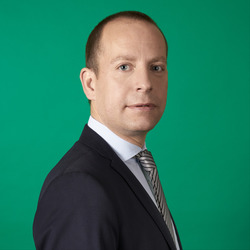 Torben Link has been working in procurement with great enthusiasm for almost 20 years and is actively shaping the transformation from gnarly order writers to empathetic and efficient solution managers.

In 2002, he started his purchasing career as a raw materials procurer at a medium-sized branded goods company in the food industry. He then moved to the same company's Strategic Purchasing department, where he played an active role in shaping the company.

In 2015, he moved to his current employer Steinbeis Papier GmbH, where he took over the position of Purchasing Director after a short time. There, he is responsible for the purchasing activities of four companies in the Steinbeis Group, is in charge of a procurement volume of approximately €100 million, and is the supervisor of four purchasers and the team of the Steinbeis Papier spare parts magazine.

Torben's focus is on the ongoing development of purchasing in order to design optimal processes, reduce costs and ensure the sustainable success of the company.In order to stay one step ahead as much as possible together with his team, he is a convinced fan of digitalization in procurement and actively pursues a best-of-breed approach with different solutions.

The company Steinbeis Papier GmbH is the market leader for graphic recycled papers, which are produced from 100% recovered paper and are Blue Angel certified. Production is energy-efficient, low-emission and resource-saving in one of the most modern paper mills in Europe. New ways of thinking extend along the entire value chain. www.stp.de

Torben Link and many more register for the Procurement Summit now!