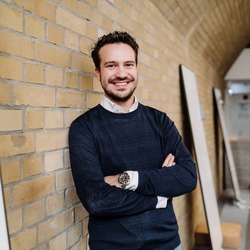 Tim Wegner is an entrepreneur and AI expert based in Berlin. Prior to founding Workist, he founded the Big Data Analytics company Minodes and led it as CEO until it was acquired by telecommunications group Telefónica in 2017. Prior to his entrepreneurial activities, Tim worked as a management consultant at McKinsey for several years and researched disruptive technology trends such as the automation of work through AI at the McKinsey Global Institute in Silicon Valley. He studied physics at TU Munich, Imperial College London and MIT.

Tim Wegner and many more register for the Procurement Summit now!