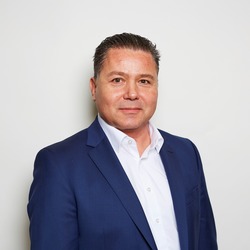 Bernd Kohring joined Strategic Procurement at SEW EURODRIVE in 1996. For over nine years now, he has been in overall charge of Procurement for all German production locations. His area of responsibility also includes coordinating all SEW procurement activities worldwide. In numbers, this means an annual procurement budget of around 650 million euros, over 31 000 different materials, approx. 260 000 orders per year and a supplier base of roughly 2500 suppliers. Kohring sees Procurement as a driver for digital transformation, and would like to greatly bolster its position as a future value creator in the company as a whole. He successfully launched the "Procurement 360° – see the big picture" initiative, which highlights both the complexity and the wide-ranging areas of expertise a Procurement function offers in a cross-functional and international context. The methodology used, the interaction within the company, and close interlinking with all interfaces are all part of the holistic approach toward a networked, professional and future-oriented Procurement department. The enormous levers and skills are finally becoming clearer! For these reasons, a "Procurement Academy" has also been launched to adapt the expertise in the SEW group in a targeted way.

Bernd Kohring and many more register for the Procurement Summit now!